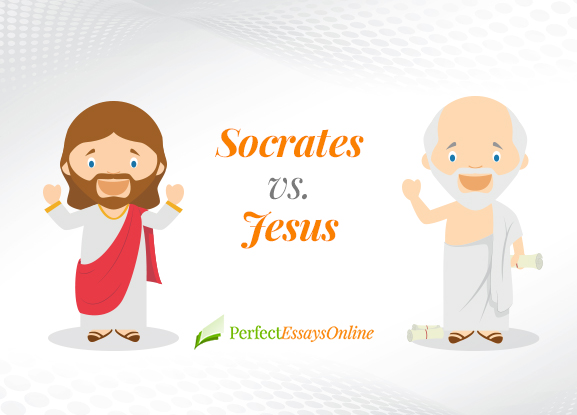 Comparison between Socrates and Jesus

The lives of both Socrates and Jesus have much in common. The two resemble each other in one way or the other. The greatest similarity between Socrates and Jesus is the legacy impacted by their service to humanity. Socrates left an unforgettable impact in the field of ethics. Socratic arguments have much contributed to the field of epistemology and logic. Another legacy of Socrates is the creation of philosophies used in courtrooms even up to date. In the same way, the life and teachings of Jesus had an enormous impact on humanity. The life and teachings of Jesus lead to the creation of a religion that billions of people follow up to date. The legacy left by the teachings of Jesus contributed to moral development of the human race just like the Socrates. Both Socrates and Jesus suffered a public trial, a similarity in their trials is the way the both remained humble. Socrates was a significant social critic of social and moral issues in the city of Athens. On the same note, Jesus was also instrumental in fighting cases of immorality in Jerusalem. This shows that they were both witnessing disintegration in the people’s ways of life. The similarity between the two is that they both had interests of their communities of their time at heart. Also, they were both teachers, but they wrote no books. They criticized the existing laws, and all information we have about the two legends are only through their disciples. During their deaths, both Socrates and Jesus appeared humble, courageous and strong. When Jesus died, he challenged humanity for killing an innocent person who had interests of human life liberation at heart (Fuller 2010). Socrates last words were also suggestive. They indicated that death was the only way to cure and freedom. It also left a feeling that his death was the way to Athen’s liberation. Jesus Christ reflects the same when he died to save the human race from the bondage of sin.

Contrast of Socrates and Jesus

The life and teachings of both Jesus and Socrates can also be contrasted. A significant difference was the reasons that could have motivated their deaths. Jesus’ physical death occurred with accusations of blasphemy, hatred and rejection by the people of Jerusalem. Socrates was executed as a result of a conflict when he was trying to improve the Athenian sense of justice and the pursuit for goodness. He was also accused of corrupting the minds of the youth and introducing new gods in Athens. Their deaths also were different. Socrates died as a result of being ordered to drink a mixture containing poison Hemlock. On the other hand, Jesus’ death was a result of crucifixion.

Considering the proof for existence of both Socrates and Jesus, there is a sharp contrast. This is because there is some proof or evidence for the existence of Socrates. He has been mentioned by three documents written by people who were alive during the time of his existence. Concerning the evidence for the life of Jesus, there is no scholarly evidence that backs up his existence. It has been argued that Jesus was purportedly born in Nazareth. Critics have proved that Nazareth did not exist at the time of Jesus’ birth (Hattersley 2009). Also, there is no document which has been written by people who knew him. This is a key difference in the existence of both Jesus and Socrates.

In conclusion, it is crystal clear beyond any reasonable doubt that the life and teachings of both Jesus and Socrates are so related and different in their own unique ways. The existing similarities in the teachings, life, and especially their deaths, may show a human weakness. The weakness demonstrated through this is the heights of ignorance of the human race. They persecute people with the interests of public at heart instead of supporting them.

You can get a high quality paper cooperating with our perfect writing service.