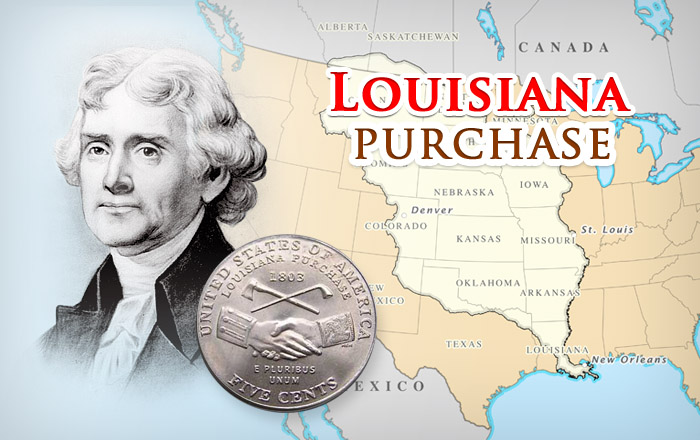 Do you need a paper for the American History class, Science, Literature, or any other class? We’ve been there and we know how complicated could be the academic writing. Just no hassle and no worries! Perfectessaysonline.com is the experienced writing company that may solve all your writing problems. Buy essay from our company, and enjoy our affordable rates, impeccable quality and excellent guarantees. Here, you may find the sample essay written by one of our writers.

The Peculiarities about the Louisiana Purchase

The Louisiana Purchase is considered to be the most prominent and biggest territory purchase made by the United States in history. Louisiana land was subject to territorial claims of Spain, France and Great Britain. In 1802 Napoleon sent his armed forces to Louisiana and Dominicana to calm the rebellion. All the US privileges on these territories, which were the big trading location with the port of New Orleans, were revoked, which was treated as a hostile act by Thomas Jefferson. After the difficult and lengthy negotiations between France and the US, Napoleon agreed to sell the territory. The purchasing of the Louisiana territory was a complicated deal for the President Thomas Jefferson. The issue was very complex, and historical analytics tend to divide the whole process into three parts: Jefferson’s dilemma, Jefferson’s decision, and the emerging consequences of the deal. Each part was important for the process and requires separate discussion.

The biggest dilemma for Jefferson was that on the one hand, he understood the direct benefits of the purchase. On the other hand, he lacked constitutional power and rights to make the purchase. The solution to the dilemma was the offered constitutional amendment that would have allowed the president to buy territories. However, it took another three months to push the amendment while Napoleon was tentative and could change his mind at any time. Thus, President Jefferson had to find the optimal solution that would allow acting quickly and constitutionally.

Jefferson finally made a decision to make a purchase. Obviously, to act within the legal field Jefferson still needed the two thirds of the Senate and the majority of the House supporters to pass the treaty. Jefferson’s decision was quick and imperative. He demanded that Congress approve the decision without any discussions. The Senate ratified the treaty in 24 votes, and Jefferson was awarded a constitutional right to buy the Louisiana territory from France for $15 million. As a result, Spain (that had claims on the territory) officially transferred the land to the US in December 1803.

The consequences of Louisiana Purchase were controversial. The purchase of the land was indeed the biggest US territory purchase at one time in the US history. However, this agreement did not bring projected prominence and numerous benefits to the US. Moreover, as later appeared, governing the territory was more complicated than acquiring it as it was the region of Europeans from different states. Later on, the territory was in war with Great Britain. Nevertheless, purchasing Louisiana was one of the greatest achievements of President Jefferson that allowed the US further expanding to the South.

In conclusion, it is significant to mention that Louisiana Purchase was one of the biggest land purchases for the US ever. The complexity of the project which is called Jefferson’s dilemma was in lack of constitutional power to push the purchase agreement. The US-French deal allowed the US to expand territories to the South, and use the New Orleans’s port location.

If you are too busy student but you still want to show your success in studying by getting high grades and great authority over your professor – just purchase an essay from our writing service. Forget about missed deadlines and sleepless nights. Order a paper right now!