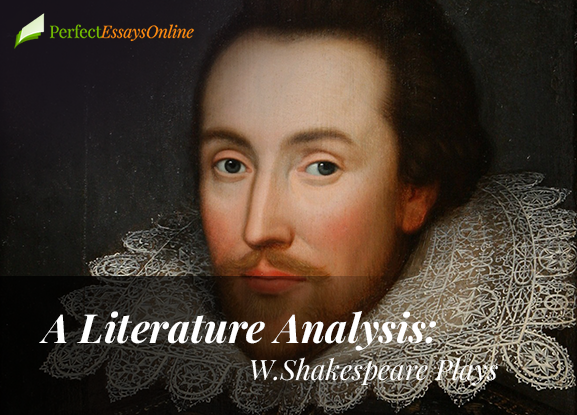 There is nothing in the world that moves people’s hearts as much as works of William Shakespeare. He was able to create such powerful literary works that they remained popular among readers for centuries; moreover, they will be read and loved for centuries ahead. Shakespeare used strong imagery and symbols in order to strengthen his ideas and appeal to readers, and his plays represent many hidden messages readers can understand only if they are eager to interpret the images and find an explanation for them.

Strong images and symbols can be found in two famous works by Shakespeare, such as Macbeth and As You Like It. Both plays are very different in settings and plots. The writer used utterly different symbols while creating both works in order to emphasize on various ideas. Nevertheless, the plays are very interesting thanks to the fact that there are special images and symbols which help to understand the theme of the works.

Macbeth, for example, is one of the strongest and the bloodiest works created by Shakespeare. It is filled with sadness, grief and anger because of focusing on political events. In order to strengthen these emotions and emphasize on the theme of the works, Shakespeare used many symbols and images, i.e. blood, weather or prophecy. Those who have read Macbeth know that its main theme is the corruption of a person seeking power. Macbeth as a character represents a person who loses morality and one’s personality because of inability to deal with power and uncontrollable desire to gain and keep it forever. Readers get the idea that anyone can become like Macbeth if he or she is unwilling to listen to one’s morals and follows primitive instincts only. Macbeth is not bad character from the very beginning, and throughout the play, readers may see his falling and regress. It shows how a person can turn into the violent tyrant because of power and recklessness.

Shakespeare used many techniques and effects to strengthen this idea about Macbeth. The author wanted to show the corruption and threats the humanity faced because of its inability to remain morally strong and deal with downsides. In order to emphasize on that idea, Shakespeare used the weather as a strong image. The weather accompanies the most crimes and violent acts throughout the play and serves as a symbol of horrors. For example, there are storms which take place during the play. There are also lighting and thunder. These natural occurrences add horrific feelings to the already scary plot. They also serve as reminders for readers showing that the play is a tragedy which has a strong message to people. Thanks to this strong image of weather, Shakespeare emphasized on that even nature was against human acts which violated natural laws and were hurting other people. Therefore, weather serves as an image of natural punishment and disapproval.

Macbeth also has another image that strengthens the fact that it is a tragedy. This image is blood. From the very beginning, readers get a feeling that blood is everywhere in the setting of the play. Blood symbolizes the crimes that happen throughout the play, and represents the many deaths which take place. Interestingly, when it comes to Macbeth’s personality, the blood symbolizes his guilt and inability to deal with his own uncontrollable personality. For example, Macbeth speaks of blood after killing Duncan. To him, blood is a symbol of his horrible crime, and it will remain forever in front of his eyes. He realizes that those who shed people’s blood will be the ones to drawn in it. Thus, he is horrified with his own act and states “Will all great Neptune’s ocean wash this blood clean from my hand?”(2.2.75-76). Thus, this quote shows that blood has to be interpreted as a symbol of a horrible crime, but also as a symbol of a person’s guilt and inability to deal with its pressure. Blood was also used by Shakespeare as an image to show that every action would be reimbursed. Hence, those who committed crimes would be punished for that and would not find peace until they die.

One would also speak about the prophecy as another image which helps to understand the theme of corruption and tragic outcome of the play. Prophecy can be viewed as a starting point which leads to Macbeth’s change and further acts, but it is a negative symbol representing evil intentions (Frye 250). Hence, it is a symbol of people’s fall and regress, and it may be interpreted as an image of people’s selfishness and ambition, too.

All these images help readers understand more about Macbeth and his intentions. They also explain the changes the character experienced. The images, especially blood, contribute to people’s understanding of an important female character, Lady Macbeth. Unlike her husband, she is cruel from the very beginning, and although she commits the same crimes as he does, the guilt does not pressure her as much as him due to her overall negative personality. It may be seen when she says “Who would have thought the old man to have had so much blood in him”(5.1.43-44). It shows that she is rather rational when it comes to killing somebody, and to her, death is nothing, but a mere tactic to get what she wants. Nevertheless, she is still unable to escape or avoid the tragic consequence. Through her, Shakespeare showed the wickedness of a female which was different from man’s wickedness in various ways. He showed that masculinity was more about uncontrollable violence while females acted in a different way in order to achieve their goals because they often used men and chose more sophisticated methods.

From this perspective, As Your Like It is very different if not opposite to Macbeth. It is not a tragic work, on the other hand, it is a comedy that focuses on a female character and her adventures which end happily because girl falls in love. The main character is Rosalind, and she represents evolution of a female character due to her intelligence, determination, bravery and confidence. Rosalind is able to deal with difficult situations and find solutions to the problems. She represented a woman worth admiring and showed how Shakespeare evolved when it came to describing and creating female characters.

The comedy’s main theme is love and great pleasures it brings to people. Shakespeare wanted the readers to see that although love could be foolish sometimes, people’s lives would be impossible without it. In order to strengthen the love theme, Shakespeare created strong images, such as poems presented by Orlando. Poetry has always been a symbol of lyrical soul feeling many emotions and willing to share them with the world. With Orlando’s example, Shakespeare used poetry as the deepest and purest symbol of love that could not stop and overcame anything. Poetry in this case emphasizes on the necessity to express one’s love and feelings.

There is also a very original image created by Shakespeare. In the middle of the play, after there was hunting and a deer was killed, Jacques recommended to “present him to the duke, like a Roman conqueror; and it would do well to set the deer’s horns upon his head, for a branch of victory”(4.2.3-5В¬). It is not a mere symbol of a good hunting because there is an ironic meaning behind the dead horned animal. It symbolizes a man-cuckold who has been tricked by his female lover.

There is also a symbol of Ganymede chosen by Rosalind in order to hide her own personality. Thanks to this symbol, Shakespeare equalized men and women in his play and showed that both genders had the same opportunities and were free to decide for themselves what to do with their lives.

As it was mentioned before, the tragedy and comedy are very different because they speak about absolutely different topics that intersect little. Thanks to the analysis of both plays, one was able to notice the transformation of Shakespeare thanks to the fact that his works became “darker”with years. Also, the analysis allowed one to see that Shakespeare was not simply making a point, but strengthened it with many meaningful images and messages.

Hence, both Macbeth and As You Like It are great representations of Shakespeare’s amazing talent. Despite the differences between works, they both appeal to readers and speak about important ideas. One can say that through powerful images and expressions, Shakespeare was able to focus on themes of the plays and persuade readers into reading deeply and understanding symbols. Furthermore, the plays represent powerful ideas about humanity and the world being a controversial place where flaws meet virtues, and where evil fights good. Shakespeare created mesmerizing characters, such as corrupt Macbeth and his wife, or romantic Orlando and smart Rosalind. Thus, Shakespeare’s works represent different worlds which still intersect thanks to their main focus on people and their feelings. These works can be marked by one important theme: people are different because they may be corrupt or truly good, but their actions and decisions whether good or bad are the ones that keep this world running.

Buy a literature essay from us and you will never regret!