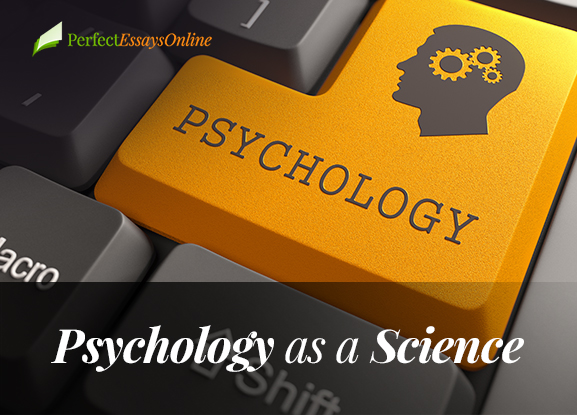 Psychology refers to a branch of science concerned with the study of animal and human behavior, sometimes dealing with the techniques by which behavior undergoes modifications (Simonton, 2009). This consists of a number of branches, namely educational psychology, developmental psychology, psychotherapy, animal psychology, social psychology, industrial psychology, just to mention a few. Psychology has been useful in the society because it promotes an understanding of people’s behaviors through researching various cases. Psychologists explore a number of concepts, including cognition, perception, attention, phenomenology, emotion, motivation, interpersonal relationships, behavior, brain functioning, and personality (Simonton, 2009). This discussion will consider the reason to why psychologists consider psychology as a branch of science, differences that exist between psychology and other branches of science, and the principal issues for evaluating a psychological theory.

Psychologists consider psychology as a branch of science because it shares a number of characteristics with other branches of science, such as the use of scientific methods, verifiability, descriptiveness, and objectivity (Simonton, 2009). Moreover, psychology attempts to resolve concrete problems through the use of laboratory experiments. Laboratory experiments help psychologists to investigate memory, learning, perception, and sensation in animals and human beings. For instance, Ian Pavlov conducted an experiment to investigate learning in animals through association of conditioned stimuli with unconditioned stimuli (Applebaum, 2012). Skinner is another psychologist, who conducted an experiment to determine the impact of reinforcement on learning. Scientific psychology allows for the creation of experiments to measure social changes against control experiments, and mimic the laboratory experiments conducted in other scientific disciplines (Simonton, 2009). Therefore, like other branches of science, psychology employs experiments to investigate animal and human behaviors. Psychologists employ facts when dealing with generalizations, perceptions, and critics. Psychology shares characteristics with established scientific disciplines, such as biology and anatomy.

Neuropsychology considers the effects of factors, such as heredity, drugs, and diet on the functioning of the nervous system (Simonton, 2009). This is evident that psychology combines the interest of biology in the function of human nervous system with the behavior of a person in the society. Therefore, psychology shares the characteristic of descriptiveness with other branches of science. Case studies, psychological tests, interviews, surveys, and observation of animals and people in nature, enable psychologists to describe various occurrences and draw conclusions. Psychology shares the characteristic of objectivity with other science disciplines (Simonton, 2009). Careful experimentation and observation that take place during the research ensure objectivity in psychology.

Difference of Psychology from other Branches of Science

Psychology differs from natural sciences, such as biology, physics, and chemistry that deal with the observation of measurable phenomena (Lilienfeld, 2012). Most of the phenomena that psychologists study are immeasurable. For instance, the hypothetical constructs, including happiness, pessimism and optimism, awareness, attraction, human extroversion, and sense of affection and belonging cannot undergo measurement. In physics, a person can measure speed accurately by measuring distance and length of time. External factors, such as bias and change in social constructs, influence psychology experiments significantly. Research has shown that many psychological experiments fail to undergo replication, which is not the case with various experiments in natural sciences (Lilienfeld, 2012). Also, the content that the science of psychology involves includes people’s decisions, feelings, and emotions, but not processes that natural sciences study. Volition, feeling, and emotion are the subjective activities that human beings cannot perceive through body organs. The sorts of methodology that the science of psychology should employ include psycho historical, observational, psychobiological, correlational, experimental, and descriptive techniques (Simonton, 2009).

In conclusion, it has been evident that psychology is a science because it possesses a variety of properties, such as allowing for the use of experiments to investigate memory, perception, and sensation in animals and human beings. However, psychology differs from other branches of science because most of the phenomena that psychologists study are immeasurable. Moreover, a variety of qualities, such as parsimony and internal consistency are useful during the evaluation of psychological theories. The field of psychology can determine sound psychological theories upon evaluation (Simonton, 2009).