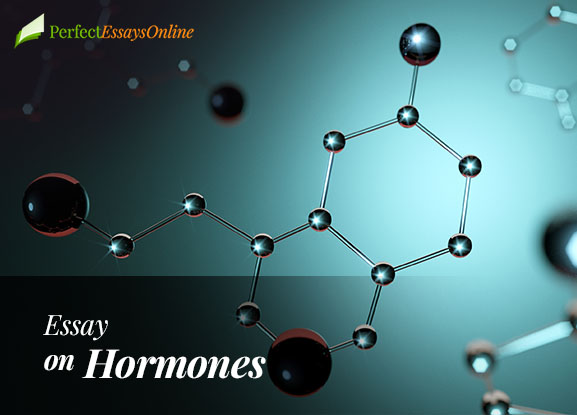 Hormones influence the functions of various organs within the body of living organisms. The hormone system may influence directly the target tissue or may act synergistically with other systems, such as nervous system, to accomplish their functions. Researchers have elucidated that hormones are also important for the ecdysis of some insects. This paper looks at how the neuro-endocrine system works to promote the growth and development of a giant silk moth.

There are several stages that an insect has to go through during its life cycle before it matures. This transformation process of insects is scientifically defined as metamorphosis. Both physiological and behavioral progressions are needed for the ecdysis of an insect. Initially, the researchers speculated that there was a chemical compound that was responsible for the shedding of the cuticle for insects’ molting. After a thorough study, the substance was named bursicon. Further studies of the silk moth have shown that another substance called eclosion hormone is also necessary for the same process. Like any other hormone, eclosion hormone is released during a specific time of the day (Reece and Campbell 45). It is released by the brain of an insect. Thereafter, it influences the central nervous system (CNS) to trigger the behavior that results in the change from pupal stage to adult stage. There has also been some controversy in determining the exact time when these chemical substances are produced and how they are related to one another. Several studies conducted later on suggested that the eclosion hormone is released in the blood before the adult fly emerges. In order for the study to be complete, these hormones were injected into the insects and the effects were observed later.

A study performed by scientists indicated that bursicon has some effects on the ganglionic mass found in the thorax of the insects. Its small quantities are also produced in the brain. The release of bursicon happens under the direct influence of the nervous system. Both bursicon and eclosion hormones work together to stimulate the motling of the insect. As mentioned earlier, eclosion stimulates the sequence of behavior that ends when the wings spread. The hormone has some impact on the peripheral nervous system, especially the abdominal ganglia. Its release is highly dependent on the eclosion secretion and release. If the new adult insect is kept under the soil for a very long time, then bursicon secretion is delayed. It is also possible to stop the whole process by inhibiting the connection between the endocrine and nervous system (Reece and Campbell 45). Immediately after the inhibition is cleared, the bursicon is released. Based on this this scenario, it might be concluded that the release of this hormone is tightly controlled by the nervous system. The nervous tissues are, therefore, very significant for the development of an adult silk moth.

For a pupa to change to an adult insect, the cuticle has to get hardened. Bursicon hormone has a significant role in this process. It binds to the receptors after being released from the CNS and turns on the genes that will synthesize the required proteins for the cuticle to become hard. Before the hardening begins, the old cuticle has to be shed to pave the way for the new layer. This marks the beginning of the transformation. Once the hormone signals are in effect, the right components are synthesized. The cuticle becomes rigid and cannot expand further. On the other hand, the eclosion hormone influences the neural tissues in the brain to initiate adult behavior in the insect. From these studies it can be deducted that these systems work together to promote metamorphosis in the silk moth (Reece, and Campbell 45). When the interactions of these systems are somehow interrupted, the development may not proceed normally.

Get a professional essay writer’s help with your nursing essay here and now!