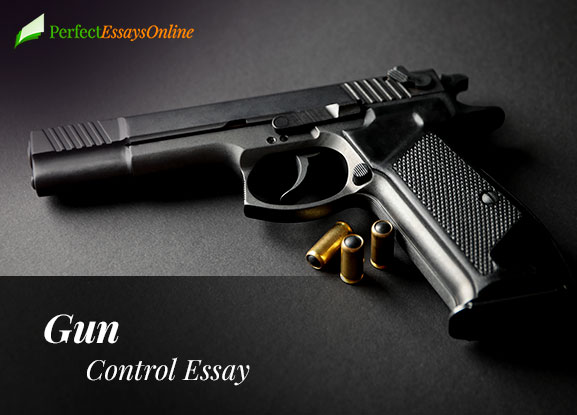 The increased number of mass shootings and gun violence is the inspiration behind government’s endeavor to control guns. The society is no longer safe since people are sensitive to gun violence due to heightened insecurity. Gun control is an attempt to regulate the manufacture, sale, and possession of firearms to ensure security. Gun violence at home, at school, and on the streets has become widespread pushing legislators to step in and devise ways of curbing such a problem. The goal of gun control is to eradicate illegal possession of guns that are used in illegal activities such as robberies, rapes, drug dealing, and murder (Ronald, 56). To develop effective gun control policies, we need to understand underlying factors that are causing gun violence. It is difficult to eliminate any social crime without first investigating the root causes propagating it. Gun control must not be based on the need to reduce the number of guns in the hands of citizens; rather, it should be aimed at zero tolerance to gun violence. After identifying the causes of gun violence, remedies for this cause are developed, and they form the basis for gun control legislation.

Gun violence occurs where firearms are used to inflict pain of trauma on victims. In routine crimes, guns are usually used to commit lethal crimes. Crimes involving guns result in death and catastrophic injuries of victims. Advanced technology and societal changes have played a significant role in perpetrating gun violence. Today, gun violence is more extensive compared to decades ago when technology was not as advanced (Cook 83). Gun violence is a serious problem facing many communities across the world particularly in the American society. To address the gun problem issue more seriously, the society needs first understand the root causes of gun violence. We need to understand the factors fuelling gun violence to be able to develop appropriate polices and regulations to deal with the problem. Note that advocating for a reduction in guns does not always result in reduced levels of violence activities.

The cause of gun violence entails the factors that result in violence involving the use of firearms. There are a number of reasons as to why gun violence is on the rise. Identifying these causes will ensure that the proper steps are taken in curbing such crimes. The factors causing gun violence include:

Regardless of the efforts that governments and other authorities have taken to curb the use of drugs, it is shocking that the drugs business is at its peak. Drug markets have led to increased rates of homicide in many countries (Cefrey 32). Drug lords employ people to protect them from their enemies. Their guards are usually armed with guns that they use to eliminate threats. It is also a common practice to find drug dealers engaged in shoot outs with law enforcement officers who try to stop them from doing business. Colombia is a good example of gun violence perpetrated by drug lords.

There is a serious moral decay in the society today that has resulted in the increased crime rates. The society is not a safe place, because we live among criminals who re not conscious about taking away an innocent life. Criminal gangs have been on the rise especially in cities and main towns. Gang is usually involved in drug trafficking, firearms trafficking, and robbery. Gun violence is likely to occur among gang members due to disagreements. Conflicts among gang members who are armed can be fatal ,because they could open fire and kill each other. Gangs shoot people who fail to cooperate with them especially when they are undertaking a robbery. Unemployment among the youth has pushed many of them to the streets where they have formed gangs that perpetrate gun violence.

Today, millions of people have access to guns either legally or illegally. Persons who own guns have a license, and they use their guns for self-defense, hunting, and sporting activities. Illegal ownership of firearms is attributed to violent activities and crimes. Some of the people who own criminal fire arms have either purchased them at the black market or acquired them through robberies. Gang and drug dealers acquire guns in the illegal market and use them to conduct their activities. A significant number of youths in America possess a firearm, and this posed a serious security threat to the society. There is a large percent of young males who illegally possess guns. Many youths in possession of guns illegally have been confined in juvenile institutions.

Times have changed, and so have the values held by the society. Technology has corrupted the way people think, and this has eroded the core values that unite the society. In today’s world, people have little respect to the sanctity of life. This means that they can execute an individual in the process of gun violence without feeling guilty. Such people are proud of taking away innocent lives for no apparent reason. Technology has made it easy for people to obtain information regarding the use of guns and this has resulted in increased numbers of gun possession. Mass media and the entertainment sector have a role in gun violence. The entertainment industry has made violent productions that have led to curiosity about violence. Some people have been fascinated by what they watch, and due to curiosity, they have been involved in gun violence.

Governments are tasked with the responsibility of ensuring citizens safety. In doing this, governments have to develop legislation that is in line with ensuring protection of citizens. Governments have to check the manufacture of firearms and the sale of firearms. There should be regulation of the sale of guns to ensure that guns are not possessed by persons who pose a threat to society. Governments also have the responsibility of auditing the manufacture of guns to ensure that guns are not easily accessible by any person who wishes to have one.

We provide 300 words on every page

Remedies for the Causes of Gun Violence

Having identified the primary causes of gun violence, ways of handling the problem are then identified. Some of the remedies employed to curb gun violence include:

This will ensure that guns are only sold to persons who cannot cause harm or danger to the members of the society. This will also ensure that the government keeps track of persons who legally possess firearms for easy tracking in the event when the firearm is misplaced or stolen. A background check entails identifying the reasons as to why a person is applying to be a licensed firearm holder. Mental health should also be assessed for persons seeking to get guns. This is done to ensure the person to whom the firearm is sold will use it for the intended purpose and will not be a threat to the society.

The youth makes the majority of those involved in gun violence. Usually, for a young person to be aggressive and start acting out, they are facing a problem that they feel they cannot handle. The problems they face should be identified and solutions provided to them (Torr 23). Youths from violent families tend to be violent themselves. They require having a person who guides them to the right direction before they end up in jail. Government should also create job opportunities to ensure young people do not end up in the streets dealing in drugs or criminal gangs.

Campaigning for a ban on the use of guns is the wrong approach towards gun control. Rather, legislators should advocate for responsible ownership of guns. Government should have a way of tracking gun sales to ensure that there is no criminal trafficking of firearms. Firearm manufacturers must also be scrutinized to ensure they comply with the law and that they are committed to ensuring a safe society. The government should partner with the media to inform the community regarding the harmful effects of gun violence and reasons necessitating gun control.

Gun violence is a social evil that we deal with quite often as we are preoccupied with daily activities. Every patriotic citizen has the responsibility to abide by law to ensure the nation is a safe place to live in. The government, on the other hand, should use its resources to ensure the safety of its citizens. Gun control cannot be achieved without identifying the reasons for the increased incidents of gun violence (Tita 267). We do not need to prohibit gun, because the guns are only a tool used in crime. The main problem is the person that perpetrates the violence. We need to understand the reason why people are aggressive and deal with the causes before rushing to push for banning of guns. Once violence perpetrators have been reformed, and levels of criminal activates have reduced, we can then deal with gun control. After identifying the source of gun violence, various stakeholders are then involved in formulating solutions to these problems. These solutions should form the basis for gun control policies.