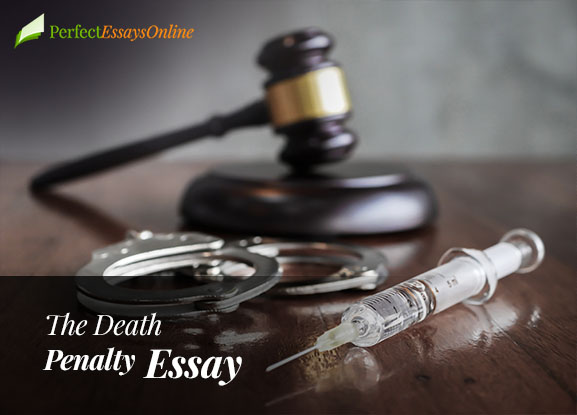 The economic cost of employing the death penalty system is very high and potential to crippling of some government’s functions. Capital punishment cases are considered a definitive judgment that required the proving or disproving of the individual’s innocence beyond any reasonable doubt. Thus, before making such judicial decision a magistrate would require for providing all proofs available to dissolve any scruples of the person’s guiltiness. Death row cases can last for many years on end. This means the state suffers from its mandated judicial financial and support program, which reflects on the country’s economy and taxpayers. The potential of the death penalty system crippling the economy increases with development of time as the state of the economy diminishes and the rate and seriousness of crimes increase. If various people convicted of murder were subjected to the death penalty, cumulative cost of these cases would have an irreversible effect on the economy (Steiker and Steiker, 2014). Through continuous court hearings, Wanda Jean Allen’s lawsuit took 12 years with her on death row financed by the state. Allowing for situations where such cases would be considered concurrent to each other would lead to great cost to the state’s economy and the judiciary’s resources.

The death row results are emotional turmoil for an inmate’s relatives. Death itself carries grief to the family members regardless of being natural one or resulting from the death row penalty. The fact that such sorrow can be caused by the single decision of a magistrate or jury makes it even more painful to the family of the person being prosecuted. Additionally, death row cases take a long time with the individual being in prisons death row section. In a lot of cases they spend many years on death row, as their lawsuits are being deliberately waiting for the setting of an exact date and during this time, the person’s family remains in suspense of the outcome. The long wait for a death sentence or a date to be set is a very trying and stressful period for the family of the involved individual (Weisberg, 2011). It is also important to note that in most cases the resources and support of their family and friends is crucial for a death row inmate. As a result, the more individuals remain in death row as their case drag on, the more their families and friends suffer. It is usually less stressful for both the death row inmate and their family and friends when their case is completed within the shortest time possible. Upon her execution, Wanda Jean Allen’s family and relatives wanted everything will be ended as the matter came to a halt (Salamon, 2007). Though they grieved losing her, they acknowledged that the ending of her suffering is better. That she and they would both get some time to heal from the issue and move on with their lives.

The rationale behind the death penalty system like many other prison sentence systems is correction and punishment of the accused. These processes vary depending on the magnitudes of the crimes committed. As such, the death penalty is given to individual who are proven to have committed high degree capital offenses such as the deliberate committing of mass murders amongst others. However, the death penalty is neither a punishment nor corrective measure as it leads to taking away of an individual’s life. The result of this death to the individual is factually unknown but can only be assumed through varying religious and cultural views such as the Christians’ view that there is a life after death amongst others. However, the death of convicts on death row greatly affects their relatives and family members. While none may know the effect the bereaved feels after they are dead, it is proven at such cases had a great influences and take even years to recover.

In view of the death penalty as a high level mode of punishment and correction for capital offenses one can suggest other alternative methods to it. The first approach is the subjection of such prisoners to life in prison without the possibility of parole. This method is more effective than the use of death row. Such life imprisonment eliminates the aspect of economic costs to the state, reduces the grieving and punishment to the family and relatives of the inmate, and preserves the quality of life thus acting as a precursor to other life threatening instances. The advantage of proving the quality of life is vital; as it has been the subject of debate on how the death row sentences are different from the committing of murder by citizens in the community. Alternatives such as life imprisonment with no chance of parole confirm the judiciary’s belief on the sanctity of life and hence justifying their punitive laws actions against murderers in the society.

For the past decades racial and cultural differences have been a very strong factor in the interaction and development of people in the social hemisphere. Cases of inequality and segregation relating to racial and cultural difference have been noticed in the various spheres of the society; even the judiciary. According to Unnever and Cullen (2012), acting in compliance with one’s s interest and those of similar relations abounds as human nature. As such, though the behavior is controllable, every individual acts in manners similar to racial or cultural discrimination. In the judiciary, this very strong factor could determine the direction and magnitude of the ruling made by a judge or juror. The fact that a person’s life is determined by the arguing of evidences to a magistrate or juror already corrupted by their subconscious notion to favor their own and disfavor the other flaws the founding tenets of justice. According to Salamon (2007), Wanda Jean Allen abounds as the first black American woman to be executed since death row was re-enacted in 1977.

The death row penalty is currently facing differing views and support from people in various states and regions of the world. In some nations, the death penalty is actively being practiced, in others it is in passive practice as the death row inmates spend life in prison awaiting the setting of their execution dates, while in others it is in total abolishment. Today, the practice of the death row penalty in the society is an aspect that results in more harm than good. It holds the potential of interfering with the state’s economy, fueling discriminatory practices, and heightening the level of distress to the inmates’ family and relatives. The fact that there are alternatives that could offer the required level of punishment and corrective measures to death row inmates calls for the abandonment of such practice at a global scale.

Unnever, J. and Cullen, F. (2012). White perceptions of whether African Americans and

Hispanics are prone to violence and support for the death penalty. Journal of research in crime and delinquency, 49(4), 519-544.