The city New York has always been special because of its diversity. However, when people of different races and ethnicities live together, one cannot rule out incidences of racial segregation in the society. The diverse population makes New York a city of a great income inequality. In Chinatown, for instance, the Chinese ethnicity represents the majority of the population segment. The Chinese population of the city has recorded rapid growth, becoming the fastest growing populace ethnic block in New York. Such a tendency creates adverse implications such as pressure on available resources. The available programs and public assistance are insufficient and do not increase at the same rate with the growth of Chinese population. Because the social service funding allocated to programs targeting the Chinese group living in China town is minimal, Chinatown has grown to become the poorest neighborhood in New York. The organized culture notwithstanding, Chinatown faces challenges of racial segregation, wide income inequality and low standards of living compared to the general neighborhoods’ conditions of New York City. 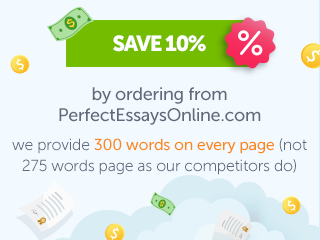 Chinatown is a fairly congested neighborhood with the Chinese comprising the bulk of the population. The architectural designs of the buildings in the location indicate that the residents have interests to develop and preserve the urban architecture. Nevertheless, the congestion of the town signifies an indigenous settlement suffering marginalization.

A large proportion of the Chinatown population lives in rented houses, depending on rental housing to a larger extent compared to other residents of New York City. Consequently, the residents have heavy rental burdens, with the low-income group shelving the heaviest burden. Homeownership in Chinatown is at 6% whereas 94% of the housing units are rented (Franck & Stevens, 2013). The proportion of income spent on rent is about 40% for about 30% of Chinatown residents. The low-income households whose annual income is less than $15,000 has the heaviest rental burden (Franck & Stevens, 2013). The maintenance of houses in Chinatown is poor which results in negative health outcomes. More than 43% of the housing units have maintenance defects such as cracks, leaking roofs, sewer blockages, and presence of rodents.

The census results of 2010 indicated that a larger proportion of the adults in Chinatown do not have high school diplomas: a majority of the adults do not achieve academic levels beyond the ninth grade. The average population of New York has higher literacy levels than the residents of Chinatown. About three-quarters of Chinatown population who have not attained the level of high school graduate rank below the ninth grade level of education. Only 26% of the adult population have a post-secondary education (Sante, 2016). On average, 48% of the population of New York population has a post-secondary education, indicating that Chinatown scores are far below this average.

Chinatown has higher gender disparity levels of education compared to the overall New York population. About 73% of women of Chinese ethnicity in Chinatown do not possess a high school qualification. Conversely, 66% of the male residents lack a high school diploma. The percentage of women who lack this level of education is higher by 7% compared to men; such statistics indicates that gender disparities in education are high in Chinatown (Sante, 2016).

The census data of 2010 indicates that Chinatown is a low-income neighborhood. The high-income category comprises 6% of the population and they have an annual income of 100,000 dollars. The same earning category in Manhattan accounts for 24% of the population (Sante, 2016). About 45% of the people in the town have annual earnings of $20,000 or less.

The information from the 2010 census shows that Chinatown has higher levels of poverty compared to New York City in general. An estimated 31% of Chinatown residents fall below the poverty index. Conversely, 21% of the overall New York residents have the same poverty index, indicating that poorness rate is worse in Chinatown by 10% (Nee & De Bary, 2014). Chinatown has the highest poverty levels among the Asian population in New York City. However, aid provided by the governments is similar in the entire region of Manhattan regardless of the high concentration of people in need in Chinatown. Further, household assistance in Chinatown is 6% whereas the assistance in New York City generally is at 7% (Nee & De Bary, 2014). Thus, Chinatown receives a lower household assistance despite its high destitution level.

The common language spoken in informal settings in Chinatown is the Chinese. One would most commonly hear at least some Asian language because a majority of the people in the area are of Chinese origin. More than 57% of the residents of the town residents have poor English proficiency and low English skills (Nee & De Bary, 2014). The number of the people with low English competence makes up 24% of the overall population of New York City (Nee & De Bary, 2014). Thus, Chinatown residents exhibit lower English proficiency compared to the overall New York population.

Chinatown reflects the country of China in almost all its cultural features since the pathways and streets of the town are filled with people of Chinese origin. Asian food is one of the most significant and noticeable elements of Asian culture which transferred to America: on the Mosco Street, the Hop Kee restaurant has serve traditional Chinese foods such as lo meln, lobsters, and sour pork since 1968 (Sante, 2016). People of Chinese origin who seek a nostalgic meal have a favorite destination in this restaurant. One more famous place which serves traditional Asian cuisine is Jing Fong found in Elizabeth Street; it offers steamed buns, seafood, shrimp, and other Chinese foods.

Chinatown is also known as little Hong Kong because the residents still retain the Chinese identity. The people continue to exploit the communal gathering places that were established many years ago and are concentrated in the Western part of Chinatown. People meet in these venues to socialize, do shopping, and spend other leisure activities.

Structures are the artifacts that preserve the culture of Chinatown and reflect the Chinese culture. One can conspicuously see the Chinese traditional housings in the streets of the town. The buildings represent various aspects of the Chinese history and definitely indicate to any visitors that they are in a Chinese neighborhood. The most conspicuous structure is the world’s largest Chinese archway found at the intersection of the H and the Seventh Streets. Generally, it is a four-storey construction that has gold-coated decorations of 270 ceramic dragons and a peaked roof which is covered by gold tiles (Sante, 2016). The designer of the architecture was Alfred Liu who explained the structure as a model of the architectural styles used by the Ming dynasty. The gold coating implies its historical meaning: the gold was a privilege of the emperor. People of the Chinese origin perceive this structure as an artifact of their culture because it was erected to honor the Chinese-Americans killed in the Second World War.

The Chinatown community faces colossal social development challenges. Though they have high poverty levels, the government allocates meager resources to this community. The neighborhoods are congested, housing is poor, and literacy levels are low. These aspects indicate that the community is living in extreme poverty and has little hope for prosperity. Despite these teething challenges, the Chinatown residents have remained united and preserved their culture. They have maintained their language and cultural artifacts in their institutions, streets, and towns. The government should make policy interventions and unveil programs to improve the economy of the Chinatown populace. Improvement of the town would depend on the increased initiatives to improve human development, housing, and employment opportunities.

Purchase an essay already written from our competent writers!