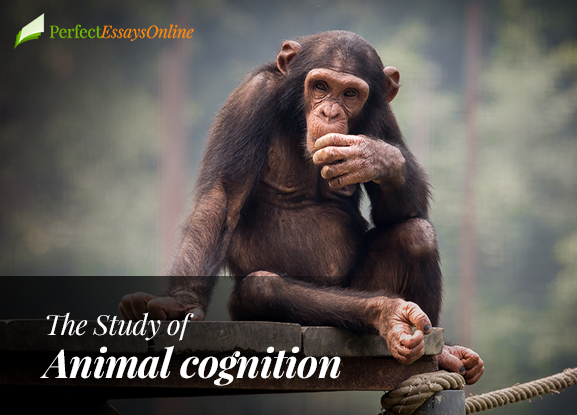 Current approaches to animal cognition trace their ancestry to Darwin’s evolutionary perspective. The key books are “The Origin of Species”and “The Decent of ManвЂќ. In the latter volume Darwin laid the foundation regarding non-human creatures as cognitively endowed. He wrote at length about the mental powers of animals. These comprised their curiosity, attention, imagination, reason, abstraction, and their self-consciousness (Bekoff, 2002). Some researchers argue that Darwin’s writings were merely metaphorical. “However, their criticisms lack sustenance where Darwin sought to establish continuities between animal and human mental capacities”(Breed & Moore, 2012).

Continuity between human and animal minds offers a double approach. On the one hand, this is contemplation of animals in the human terms; while on the other hand, this is contemplation of humans in the animal terms. The use of a cognitive approach views animals as complicated processors of information. Like human beings, animals face constant bombardment by information. They tend to ignore some of the stimuli and pay attention to others. Furthermore, several researches show that animals quickly forget some of the information they pay attention to while retaining some for longer periods. The cognitive approach studies animals’ behaviors and responses in its attempt to analyze steps in the processing of the information (Wasserman & Zentall, 2009).

It is probably that animals selectively attend to some stimuli, perceive patterns, and store information for future use. In addition, they seem to communicate this information to other animals. Therefore, animals do not only seem to respond to the information, they also process it. Central representation of an environmental event constitutes an essential component of animal cognition. Thus, the task confronting any researcher is to show what comprises these representations and their functionality in mental processes. In other words, the cognitive approach assumes that there is something going on in the animal’s brain. This activity enables the animal to respond to the outside world appropriately (Bekoff, 2002).

There are broad areas entailed in investigating some mental processes in animals. Some researchers adopt three areas, which include navigation, communication and memory. However, these are not discrete aspects in animal cognition. For instance, a wasp that uses landmarks to find a burrow demonstrates both memory and navigation. Furthermore, a chimpanzee that uses a symbol to indicate an orange demonstrates both communication and memory. There are numerous evidences in the ability of animals to move in their environment. These movements appear to follow a given direction. Animals move to the food sources, home or breeding grounds. These directional movements toward a specific goal require navigation (Breed & Moore, 2012). Effective navigation requires some form of representation of the external environment.

There are various anecdotal evidences which show that animals possess the reasoning abilities. For example, there is a case where a monkey unwraps a lump of sugar. Sometimes the trainer replaces a wasp for the sugar. On opening such substitutes, the wasp stung the monkey. “Further observations reveal that the monkey adopts a new way when unwrapping sugar. It first holds the lump close to its ears to ascertain that it is not a wasp. This displays a sign of consciousness”(Shettleworth, 2010). Thus, the monkey seems to have an awareness of itself and its actions. Most animals display continuity in their physical as well as psychological aspects. Their behaviors are also complex as shown by their ability to communicate and use various tools. In addition, they depict an adaptive value that indicates consciousness. Therefore, several similarities exist in the way in which human’s and animal’s nervous systems operate. As a result, this implies that they are both capable of processing information as well as being aware of their environment.

In conclusion, the study of animal cognition often appears as comparative cognition. It attempts to compare non-humans amongst themselves. It also draws a comparison between human beings and other animals (Shettleworth, 2010). Nevertheless, the study of animal cognition continues to face difficulties. The key difficulties arise from their senses and diversity. For instance, animals can sense some stimuli that are not possible in humans. The diversity of animals also implies that complete understanding of the cognitive processes behind a given behavior may vary from one species to another. This often leads to wrong inferences of the animals’ responses to such stimuli. Consequently, just as there is no simple definition of cognition, there is no single easy test for cognitive abilities in animals. For instance, a motionless animal may still be performing significant cognitive feats. Therefore, the problem for scientists studying animal cognition is how to understand the mind of an animal and determine what cognition is occurring. Different experiments use various approaches in their attempts to capture the work of an animal’s mind. However, none of them is a perfect test of cognition. On the contrary, each approach seems to give unique insights into mental lives of animals.

If you need help, you can order Perfect Writing Services from our experienced writers.